10 Nov It’s Beginning to Look a lot like…. Christmas!

With dare I say it “Christmas” creeping up on us, London is starting to light up in preparation.

On a walk back to the station from the office the Marriott Park Lane has already got it’s decorations up and the lights on Oxford Street were already switched on at the beginning of the week.

With the John Lewis ad being launched, there’s no escaping that Christmas is almost upon us. But don’t worry, you haven’t missed out as there’s still all of this to come…

So pour yourself a mulled wine and get into the Christmas spirit…. It’s not event December yet! 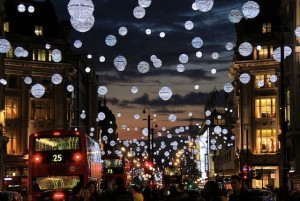